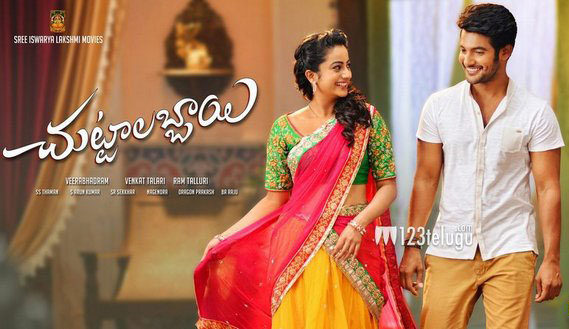 Young hero Aadi, is a happy man these days. Even after critics rip his latest film Chuttalabbayi apart with some mixed reviews, the film has opened to some good numbers all over the Telugu states.

Latest update reveals that the film has collected 3 crores worldwide on the first day of its release. The film has also crossed the one crore gross collections in Nizam area which is quite huge as the family entertainer was sold for 75 lakhs in this area. By the looks of it, things look positive for this film as it has become Aadi’s biggest opening till date.

These collections bring a huge smile on director Veera Bhadram’s face as his last film Bhai ended up being a disaster. The B and C centres have lapped up this film well and news is that everyone associated with the project will be in a safe zone after the first week of its release.

This is a good sign for both Aadi and Veera Bhadram who have worked very hard for the film. Namitha Pramod plays the female lead in this film which has music by Thaman.

Venkat Talari along with Ram Talluri produced this family drama while SS Thaman scored the tunes.