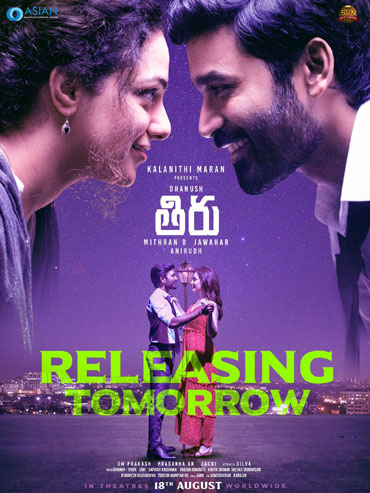 Star actor Dhanush is all set to entertain his fans with his new movie, Thiruchitrambalam. The movie is all set to release tomorrow. Alongside, the Telugu version of the film is titled Thiru and is confirmed to be out tomorrow.

Surprisingly, the film has zero buzz in Telugu. While the Tamil version has a decent buzz, the Telugu version lacks proper promotions. The trailer was released a few days ago and even the hit track Megham Karukatha was not released. Backed by famous production house Sun Pictures, the movie failed to create much-needed hype in Telugu.

Having Nithya Menen, Priya Bhavani Shankar and Raashii Khanna as the female leads, the film has Prakash Raj, Bharathiraja and others in pivotal roles. Star tunesmith Anirudh Ravichander composed tunes for this movie.