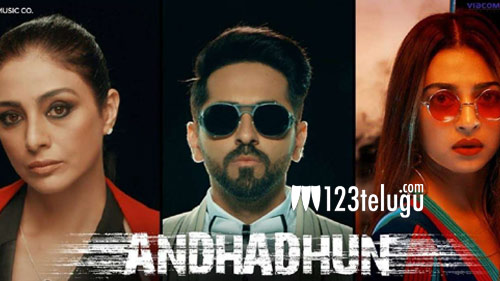 It is already reported that hero Nithiin is remaking the critically acclaimed Bollywood thriller, Andhadhun. He will be seen reprising Ayushmann Khurrana’s role in Telugu. Merlapaka Gandhi will direct the film, which has Tamannaah and Nabha Natesh as the female leads.

On the other hand, Andhadhun’s Tamil remake is also gearing up for its shooting. Jeans fame Prashanth will be doing the lead role in the Tamil version and Thani Oruvan director Mohan Raja will direct the film.

Prashanth’s father and veteran actor Thiagarajan will bankroll the movie. Trisha Krishnan is in talks for the female lead in the film.