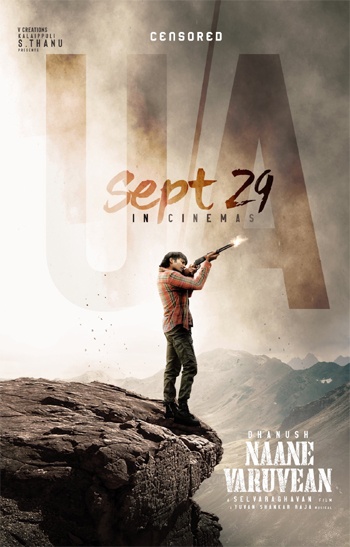 Dhanush has become familiar throughout the globe with the Hollywood film The Gray Man. Continuing the momentum his latest release Thiruchitrambalam became a sensational blockbuster due to its relatable content. He will be next seen in Naane Varuven (Nene Vasthunna in Telugu) which will release on September 29th.

The film is set against the backdrop of the Dejavu concept. Apart from directing the film, Selva Raghavan is also sharing the screenspace with Dhanush. Produced by Kalaippuli S Thanu under the V Creations banner the film has music by Yuvan Shankar Raja.