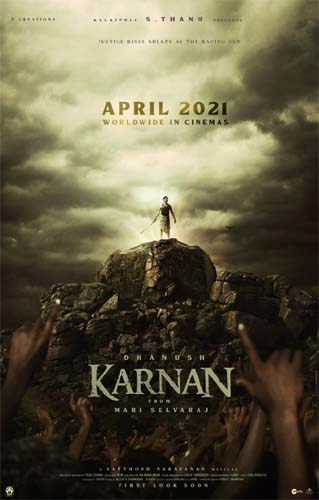 It is been already reported that Tamil star Dhanush’s upcoming film, Karnan has wrapped up its entire shooting formalities a couple of months ago. Meanwhile, the latest news is that Karnan will hit the screens in the month of April.

Confirming the same, the makers have unveiled a new poster, mentioning April as the month release. Touted as a rural drama, the film is being directed by Mari Selvaraj.

Senior producer Kalaippuli S Thanu is the producer for the film, which has high chances to simultaneously release in Telugu.