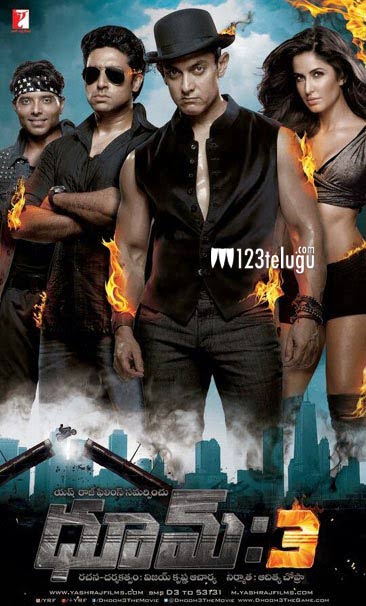 ‘Dhoom 3’ is one of the most eagerly awaited films of the year. The movie is all set to hit the screens this Friday and advance bookings are extremely strong for the film. As per early estimates, the film is all set for a fantastic opening in Andhra Pradesh.

Aamir Khan, Abhishek Bachchan, Katrina Kaif and Uday Chopra will be essaying the lead roles in this movie. ‘Dhoom 3’ is getting a big release in the state and the lead actors have promoted the film quite aggressively here. Aamir Khan’s presence and the success of the franchise has ensured a lot of buzz around the film.

Vijay Krishna Acharya is the director of this movie and Yash Raj Films has produced this big budget action flick.