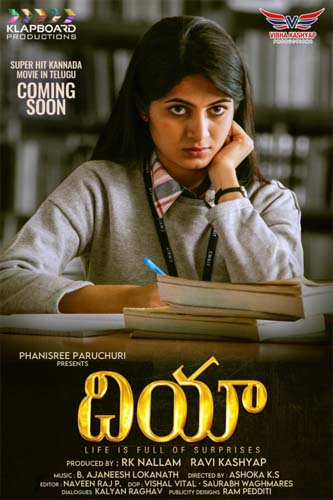 Dia was one Kananda film that created a lot of attention when it released. The film directed by KS Ashoka won a lot of critical acclaim for its narration and emotional moments.

We had reported that the film is being dubbed in Telugu now. The word from the camp is that the dubbing is done and the output has come out quite well.

As the theatres are also open, the makers are planning to release it on the big screens. The post-production is almost done and the makers will very soon announce the release date.