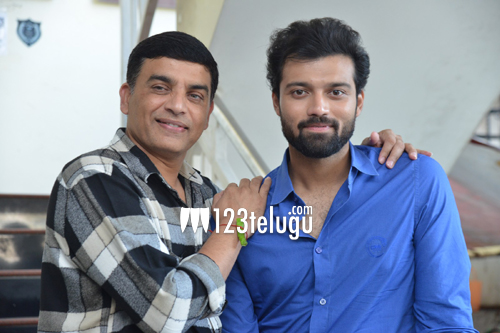 Producer Dil Raju’s nephew, Ashish Reddy’s Rowdy Boys is all set for a grand release tomorrow in theaters. Produced by Dil Raju, the movie is directed by Harsha Konuganti.

In a meeting that happened today, Dil Raju has announced the second movie of his nephew, Ashish Reddy. Titled Selfish, the movie will be directed by Kashi, who worked as an assistant director for many Sukumar movies.

Speaking about this, Dil Raju said that the movie is a joint production of Sukumar Writings and Sri Venkateswara Creations. The announcement regarding the other cast and crew will be made once the debutant director is done with script work.