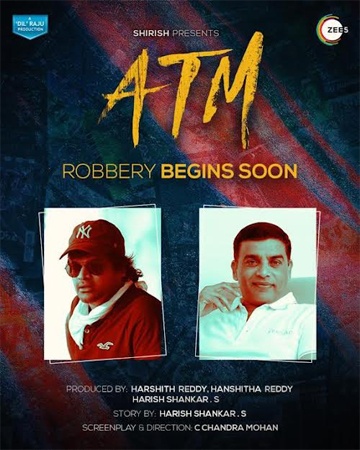 A few days ago, popular OTT platform, ZEE5, has hinted about a heist-based Telugu web series. No further details were announced by the platform then.

Now, it is confirmed that the successful director, Harish Shankar and the ace producer, Dil Raju have joined hands together to produce the heist series. Both of them entered the OTT world with this series. Besides, Harish Shankar also penned the story for this web series.

Titled ATM, the Telugu series will be directed by Chandra Mohan and the shooting will commence soon. The lead actors and other crew details will be announced in the coming days. Keep watching this space for more details about the crime series.