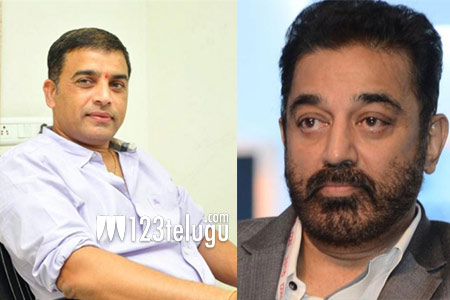 Sometime back, it was reported that Shankar will be directing Kamal Haasan in his next film. The latest we hear is that the said project is getting ready to be made. As Shankar is nearing the completion of his new film 2.0 naturally, he will work on a new project which has been in the news for quite some time now.

What’s even more interesting in this news is that Dil Raju might produce this film under his home banner. An official confirmation is yet to be made on this project but the news itself is quite exciting as Bharateyudu was one of Kamal Haasan’s biggest hits in his career and also ran quite well in Telugu.