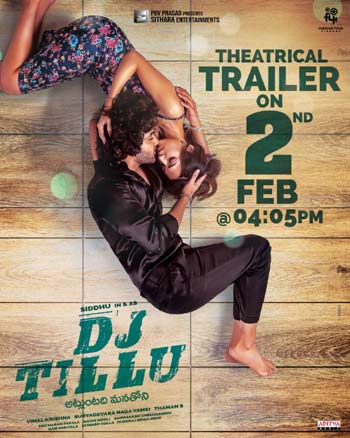 Young actor, Siddhu Jonnalagadda, is coming to enthral audiences with a romantic action comedy movie, DJ Tillu. Directed by debutant Vimal Krishna, the movie is all set to release in theaters on February 11, 2022.

Now, the latest news is that the official theatrical trailer of the movie will be released on February 2, 2022, at 04:05 PM. Meanwhile, the makers have not announced who will release it.

Produced by Naga Vamsi under Sithara Entertainments, the movie has the music of Sricharan Pakala and Thaman’s background score.

The promotional content released so far has gained a massive response from the audiences and made DJ Tillu a worth-waiting flick.