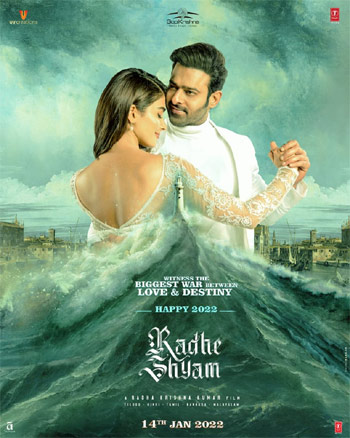 The news that RRR is getting postponed has rocked all over the media. While fans are hugely disappointed, there are also rumors that yet another Sankranthi release, Radhe Shyam will also be postponed.

But the makers have now released a new poster with the release date. They also posted saying not to believe any rumors as the film is on track for a massive 14th January release.

The promotions will start soon and the lead pair will kick start the campaign in a big way as per the news.