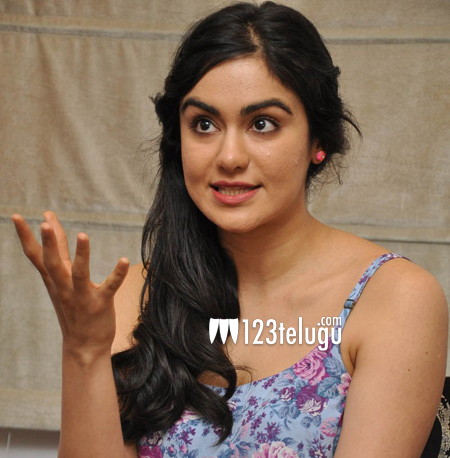 Young and chirpy actress Adah Sharma surprised her fans when she appeared as a burqa-clad Muslim girl in Aadi’s Garam. The actress, who made a de-glam debut with Nithiin’s Heart Attack, went on to play demure roles in S/O Satyamurthy and Subramanyam for Sale.

However, Adah reveals that audiences will take notice of her ultra glamorous avatar in the songs in Garam. However, Adah maintains that she doesn’t want to get typecast in glamorous roles but want to experiment with her characters and prove her versatility in all her future projects.