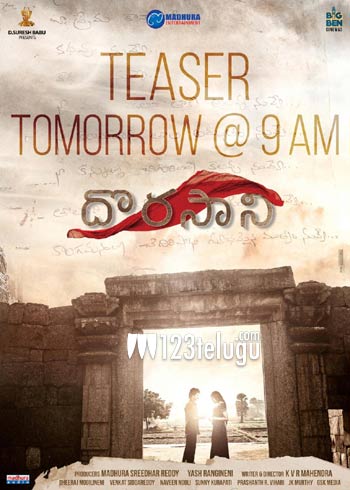 According to the latest reports, Dorasani’s teaser will be released tomorrow (June 6) at 9 am. The film has wrapped up its shooting formalities and is gearing up for release on July 5. KVR Mahendra is making his directorial debut with Dorasani. Yash Rangineni and Madhura Sreedhar have produced the movie. Suresh Babu is presenting the film.