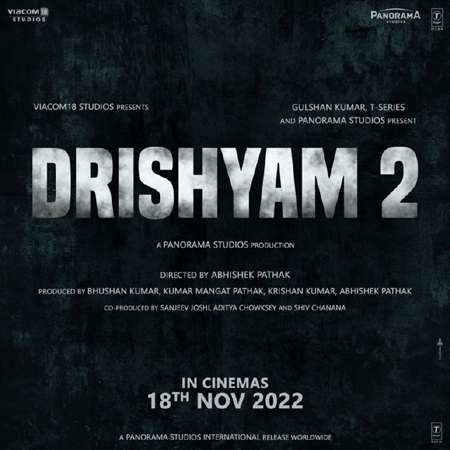 Bollywood star hero, Ajay Devgn is busy shooting for his upcoming movie, Drishyam 2, an official remake of the Malayalam blockbuster with the same name. A new update on the movie has been released by the team today.

The makers took to social media and announced that the movie will be released in theaters worldwide on November 18, 2022. A simple poster has been released to say the same.

Directed by Abhishek Pathak, the film has Shriya Saran, Ishita Dutta, Tabu, Rajat Kapoor, and others in significant roles. Panorama Studios and T-Series have teamed up to produce the movie which is being presented by Viacom 18.