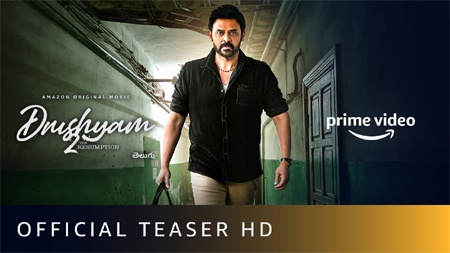 The suspense has ended. Venkatesh’s Drushyam 2 has locked its OTT release date. The film will be premiering on Amazon Prime Video on the 25th of November.

The teaser of the film was unveiled to publicize the OTT release date of the Venkatesh starrer. The teaser is an intense one and it carries forward the suspense that was built in the first part.

Venkatesh, who plays the male lead has to face a new set of challenges as the police dig deep and try to find relevant clues and prove him guilty in the infamous murder case.

The Malayalam version of Drushyam 2 was a huge hit. It remains to be seen if the Telugu version can emulate a similar feat now.