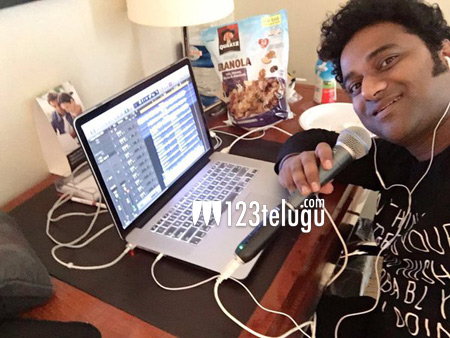 We have earlier reported that the Pre-production work for Nandamuri Balakrishna’s most eagerly awaited 100th film, Gautamiputra Satakarni, is going on in full swing and that director Krish and his team are working meticulously on each and every detail regarding the film’s period setting, costumes and props.

Last night, Krish took to his Twitter profile and said, “@ThisIsDSP working from NEW YORK for #GautamiputraSatakarni. Love ur passion n dedication #SiromaniPutra”. Interestingly, DSP chose America to begin his music compositions for the film. Earlier, DSP gave super hit audio for Balayya’s Legend and fans are hoping that he will once again weave his magic for this prestigious project.

The regular shooting of NBK100 will kick-start in Morocco from the first week of May.