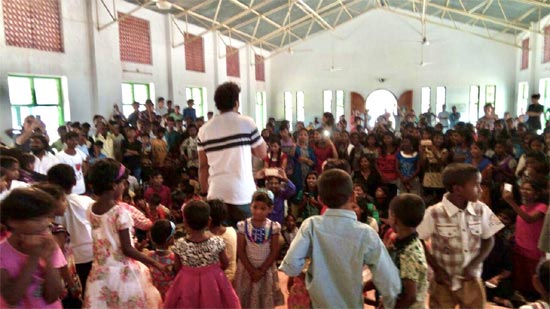 Star music composer Devi Sri Prasad celebrated his birthday today and his fans and the entire industry poured in wishes on social media. An exciting glimpse of his composition from the upcoming pan-India film ‘Pushpa’ with Allu Arjun and Sukumar was unveiled earlier today.

On the occasion of his birthday, Devi Sri Prasad shared a few details about a home for abandoned children, Daddy’s Home at Gannavaram. As a noble gesture, DSP announced that he is going to sponsor a couple of kids and will be donating all the groceries and daily needs for the entire month of August. He also shared the details in a post via his Twitter so that anyone who is willing to donate and lend a helping hand to the kids.