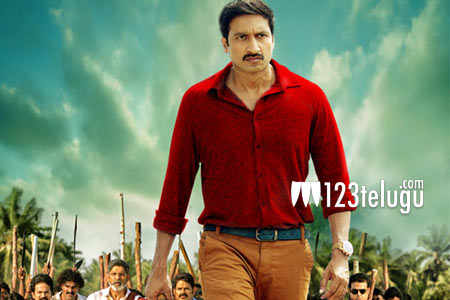 Oxygen, actor Gopichand’s upcoming film under AM Jothi Krishna’s direction, is currently wrapping up the dubbing work. The latest updates reveal that the film is slated to have its audio and theatrical release in September.

Oxygen is a high voltage action entertainer which is being mounted on a lavish scale and a high budget. The film also stars Jagapathi Babu in a prominent role, while Malayali actress Anu Emmanuel will be seen as the film’s leading lady. Yuvan Shankar Raja is composing the music for this film.