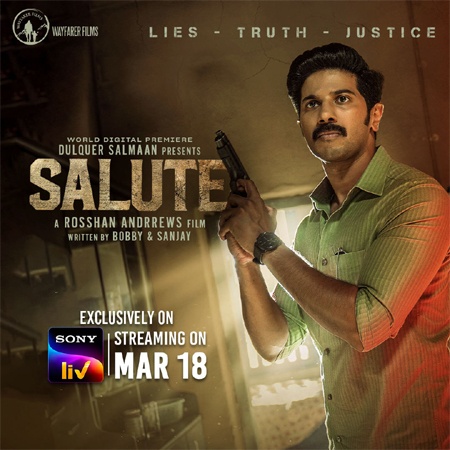 It is already confirmed that Malayalam hero Dulquer Salman’s next, Salute, opted for a direct release on the OTT platform, Sony LIV. Now, it has announced the premiere date of the crime thriller alongside the release of the trailer.

Sony LIV has confirmed that the movie will be released on its platform on March 18, 2022. The trailer has been raising curiosity among the audiences. Dulquer Salmaan will be seen in an intense cop role.