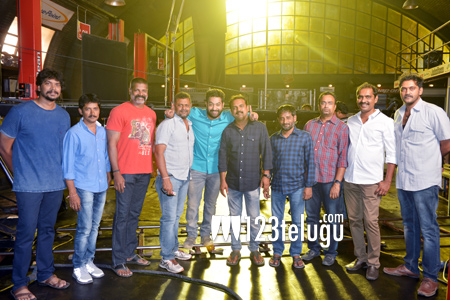 Young Tiger NTR’s Janatha Garage is getting ready for a release in less than two weeks and the buzz around the film is superb. The movie unit wrapped up the shot completely yesterday and Tarak tweeted that shooting is over.

The film unit spent some emotional moments on set as many actors bonded strongly during the shooting. Sources say that director Koratala Siva personally thanked each and every technician at the end of the shoot.

The movie is currently in post production and work is at an advanced stage. Devi Sri Prasad is the music director for the movie. Samantha and Nithya Menen are the heroines.