Entertaining first half to be a highlight of Maharshi
Published on May 7, 2019 3:39 pm IST 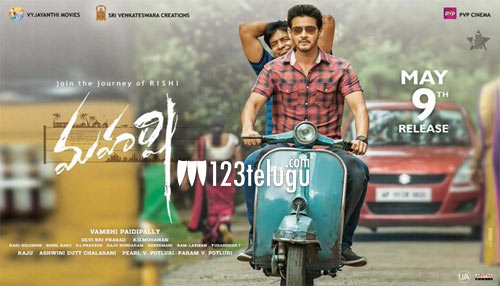 Maharshi is a film which we all are eagerly waiting for. The film is an emotional drama of a man called Rishi played by Mahesh Babu. The first half of the film will see Mahesh playing a college student.

Sources close to us have revealed that the first half of the film is highly entertaining. The comedy scenes that come during this time are said to be hilarious with a lot of fun.

The manner in which both Mahesh and Allari Naresh rag Pooja Hegde is said to be quite entertaining for the audience. Vamsi Paidipally directs this film which has music by DSP.