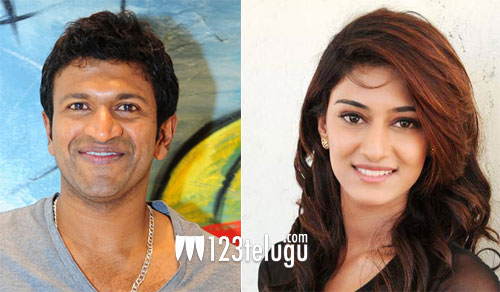 Erica Fernandes, former Miss Maharashtra, has bagged a big project in Kannada. She’s all set to make her debut in Kannada opposite Puneeth Rajkumar, who is one of the biggest stars in Kannada film industry. Jayanth C Paranjee is going to direct this film and it has been tentatively named as Ninnidale. Vijaykirangandur is going to produce this film and the principal shooting is likely to begin from August 12 onwards. Few weeks ago, Erica’s name began doing rounds on the internet as one of the probables in Balakrishna’s upcoming film in Boyapati Srinu’s direction; however, the actress quickly denied the rumour. She has already acted in one Telugu film titled Dega, which hasn’t released yet and her debut film in Tamil 555, in which she’s paired up with Bharath, is expected to hit the screens soon. Apart from this big project in Kannada, buzz is that she’s also being considered for another comedy film in Telugu. More details about this project will be revealed soon.