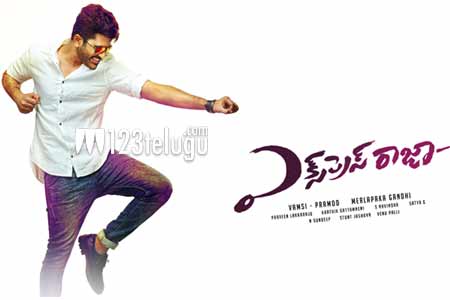 Sharwanand, who is riding high with back to back hits is ready with his upcoming flick, Express Raja. The film’s trailer and audio have received positive feedback from fans as well as critics alike.

We have already reported that Express Raja might be releasing for Sankranthi. Our sources have now confirmed that the movie will be hitting the screens on January 14th as planned. The movie is touted to be a rom-com with high doses of comedy and also stars Surabhi in the leading role.

The movie has been directed by Merlapaka Gandhi, whose debut film Venkatadri Express was a huge success. Express Raja has been bankrolled by UV Creations. Music has been composed by Praveen Lakkaraju