Extensive Portugal schedule for Balayya’s next
Published on May 7, 2017 9:03 am IST 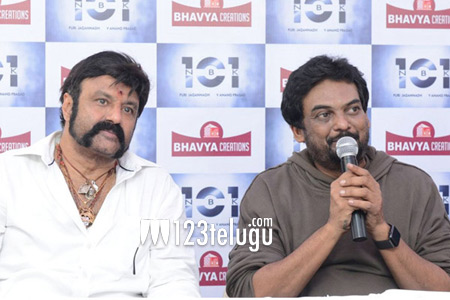 Nandamuri Balakrishna’s much-awaited 101st film in Puri Jagannadh’s direction has wrapped up its second schedule in Hyderabad. The unit canned a racy mass song and several crucial scenes in this schedule.

On the 11th of this month, the film’s unit will be flying to the picturesque Portugal for an extensive 40 day schedule. Three songs, action episodes and a few important scenes will be shot in this schedule. The final schedule will kick-start in the last week of June and the entire shooting will be wrapped up in a 10-day schedule.

makers are planning to release the film in September. Shriya is the film’s leading lady and newbie Muskaan plays a crucial role. Bhavya Films banner is producing this movie.