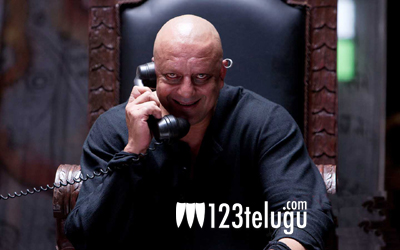 Sanjay Dutt is feeling extremely positive about his negative role in the upcoming movie ‘Agneepath’ . The action entertainer has Bollywood hunk Hrithik Roshan in the lead role and Sanjay Dutt is playing the role of a baddie. He will be seen as gangster ‘Kancha Cheena’. Sanjay Dutt loved the negative character so much that he reportedly took a lot of pains to attain the bald and mean look seen in the movie. Sanjay says that this role will be a major asset for the movie as well as his career.

‘Agneepath’ is a remake of the iconic Bollywood blockbuster with the same name. The original film has Amitabh Bachchan in an extraordinary role. Priyanka Chopra will be seen as Hrithik’s love interest in the remake. The movie has been directed by Karan Malhotra and Karan Johar is the producer. Agneepath will hit the screens on January 26th.