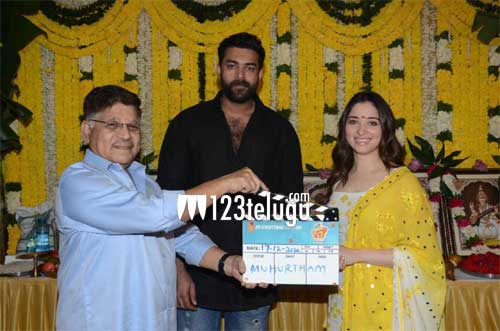 A few days back, the motion poster of F3 was revealed and created a good buzz for the film. The news now is that the film was formally launched today in Hyderabad this morning on a simple note.

The update is also that the regular shooting will start from the 23rd of this month in Hyderabad. Special sets are being laid for the same and this time, the theme of the film is money.

There was news that another star hero will be doing a key role but all those seem to be rumors as of now. Dil Raju produces this film which has Venkatesh, Varun Tej, Mehreen, and Tamannah in key roles. DSP scores the music.