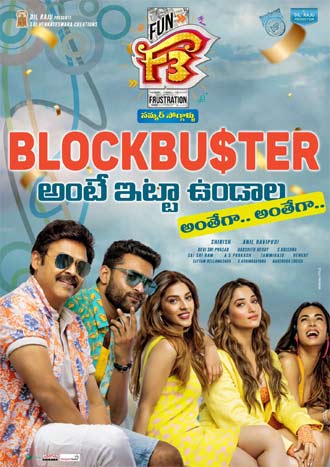 The film exceeded all the prospects and did strong business on day one. It amassed Rs 10.26 Cr share on the first day. F3 grossed over half a million in the USA on its first day including premieres on Thursday.

The film is likely to cross the million-dollar mark by the end of its first weekend itself. As per the trade, the movie will rake in big numbers in the next few days, wherein bookings are outstanding for Saturday and Sunday.