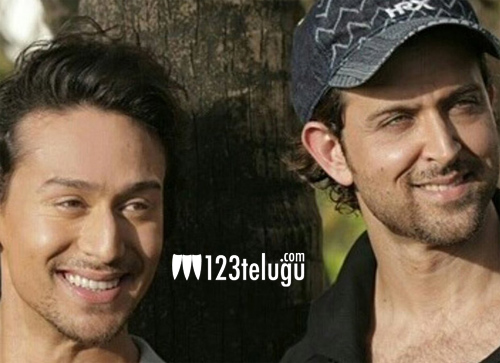 It is a known fact that handsome hunks, Hrithik Roshan and Tiger Shroff are doing a film together in Hindi. The film is an action entertainer which is being shot in Mumbai.

Now, the latest update reveals that things got a bit serious on the sets and cops had to call off the shoot for a day.

Going into details, two junior artists who play fake terrorists in the film were dressed like bombers, with a bullet vest around them. As they were casually roaming around buying cigarettes in the shoot area, the locals got doubt and informed the cops.

The police immediately nabbed them and booked a case. They were let gone only after the producers produced papers proving that they were indeed small time actors.