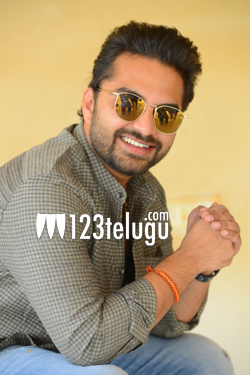 Falaknuma Das, the official remake of the acclaimed Malayalam crime drama Angamaly Diaries, released last Friday to average reviews. Although the film is collecting decent revenues in Hyderabad, where the film’s story is set in, it is not performing as expected in other centres.

Now, this afternoon, Vishwak released a video in which he has made several rude comments against those who didn’t like Falaknuma Das. He also abused them using derogatory words and went on to say that he will ‘give an answer’ to everyone at the success meet.

Needless to say, Vishwak’s comments are receiving heavy criticism from all quarters. Social media users are of the opinion that the young hero could have totally avoided making such unwanted statements. While some called him a ‘Vijay Deverakonda wannabe’, others suggested him to first make a straight film with his own story and talk. On the other hand, some people are laughing off Vishwak’s comments, saying that he is making such eyeball grabbing comments only to ensure his film makes headlines.

Vishwak Sen's rude comments on people who didn't like the film pic.twitter.com/2DZklHUKh2