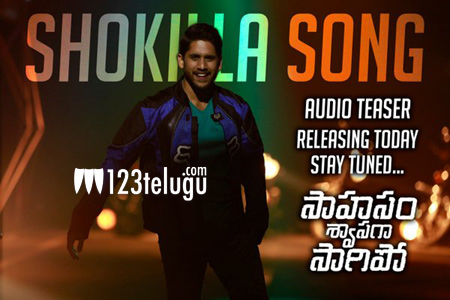 This evening, fans are in for yet another treat as the film’s unit will be releasing a new teaser of the Shokilla song. Meanwhile, the makers are gearing up for the film’s audio launch event which will take place in the last week of this month. SSS features Chay in a young cop’s avatar and he will romance Malayali beauty Manjima Mohan in this film.

Gautam Menon is the film’s director and Ravinder Reddy is the producer. The film will hit the screens in mid June.