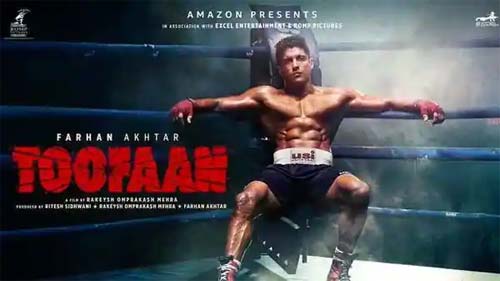 Bollywood star Farhan Akhtar’s Toofan is streaming on Amazon Prime now. Tipped to be a sports drama based on the sport of boxing, the film released amid high expectations.

However, Toofan is garnering a mixed response from netizens and critics alike. While a few say the film makes for a good one-time watch, others term it is a disappointing sports drama.

Farhan is being appreciated for his exquisite performance in the film but the slow-paced screenplay doesn’t quite help the cause.

Toofan is directed by Rakeysh Omprakash. Amazon Prime is said to have paid big bucks for the digital rights of the film.