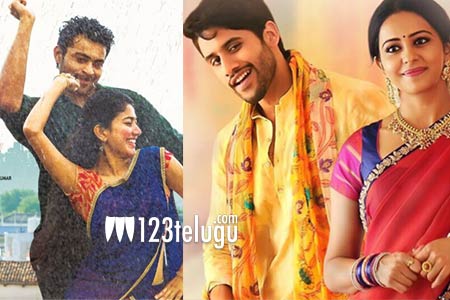 Shekhar Kammula’s youthful romantic drama, Fidaa, was a huge blockbuster in the twin Telugu states and in overseas. The film has collected a whopping share of nearly 47 crore worldwide. Now, Fidaa continued its good show even on the small screen.

Fidaa had its world TV premiere on Star MAA channel on September 24. The film has garnered a solid 17.3 TVRs in the F15+ ABC category. The film has registered 20.82 in the urban centres, while it averaged 15.60 in both urban and rural areas.

On the other hand, Rarandoi Veduka Chudham, which was premiered on Zee Telugu on September 23rd, registered 14 TVRs. RRVC’s ratings from the urban areas was 15.13 and both urban and rural areas was 12.31.

Finally, Dhruva, which was aired for the second time on Gemini TV on September 24, registered 10.45 TVRs in urban and rural areas.