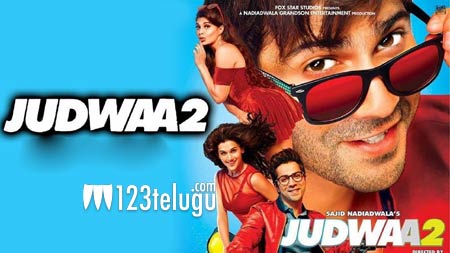 We all know how the Hindi film industry is suffering from films being flop left and right. Even stars like Salman and Shahrukh are not able to do much as their films have not managed to collect even 100 cores which is a basic thing in Hindi film industry.

But looks like the industry has found some respite as Dawid Dhawan’s new film, Judwaa 2 has made 60 crores in just three days. Only an actor like Akshay Kumar has managed to stay afloat as his films have been collecting 100 crores continuously.

Apart from Akshay, Varun Dhawan has proved that even he has in him to impress the audience with his lively performance in Judwaa 2.

Judwaa has Taapsee playing one of the female leads in the film.