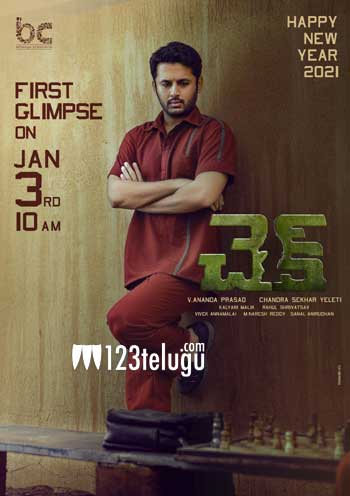 The stage is all set for the launch of the first glimpse of Nithiin and Rakul’s upcoming courtroom drama, Check. The first glimpse, said to be a short video teaser, will be launched at 10 AM on January 3. Malayalam wink sensation Priya Prakash Varrier plays the other female lead in this Chandrasekhar Yeleti directorial.

Check’s story has a chess backdrop. While Nithiin plays a convict who is sentenced to death, Rakul plays the lawyer who fights his case and frees him eventually. The film is being produced by senior producer Anand Prasad under Bhavya Creations banner. Kalyani Malik is composing the music. Stay tuned for the first glimpse.