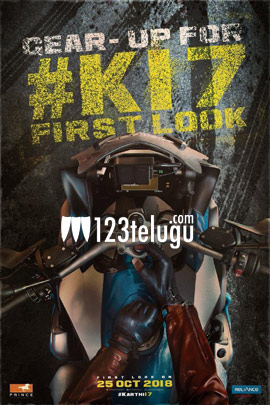 We had reported already that Karthi and Rakul Preet have joined forces once again after Khakhee for a high budget action thriller, titled Dev. The film is said to be the most expensive project in Karthi’s career.

And the latest updates reveal that Dev’s first look poster will be out tomorrow. The film was shot extensively in Ukraine, London, New Delhi, Pune, Mt Everest and Chennai. The film’s entire shooting formalities have been wrapped up recently.

Debutant Rajath Ravi Shankar is directing Dev and Lakshman Kumar is producing it. Harris Jayaraj is the film’s music composer. Dev is slated for release in December last week.