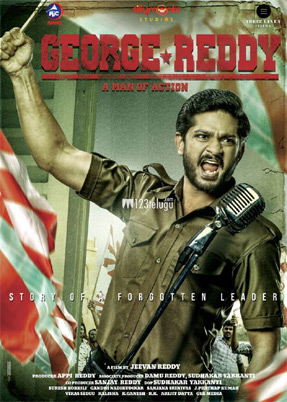 It is a known fact that a biopic is being made on the Osmania university student leader George Reddy. The pre-look created a decent craze and now the first look of the film is out.

Seen here in the above picture Sandy is a superb avatar in all retro mode. The poster itself gives away the plot that it deals with the forgotten hero who was a brave leader in the early 1960s and ’70s.

The film is directed by Jeevan Reddy and the makers say that though the film is a biopic, the narration will be in a true commercial manner which will impress many.

George Reddy has music by Suresh Bobbili and actors like Manoj Nandan, Chaitanya Krishna, and several other actors play lead roles in the film.