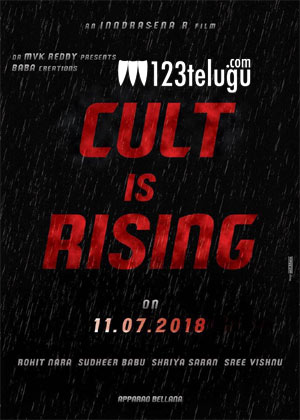 It is a known fact that Nara Rohit, Sudheer Babu, and Sree Vishnu will be seen together for a film called Veera Bhoga Vasantha Rayulu. The film is an experimental project and the latest update is that the first look of the film will be revealed tomorrow.

Shriya plays the main lead in this film which is being directed by debutant Indraneel. The shooting of the film is already nearing its completion and the latest we hear is that the project has turned out quite well.

Touted to be a complete thriller, this film is being produced by Apparao Bellana.