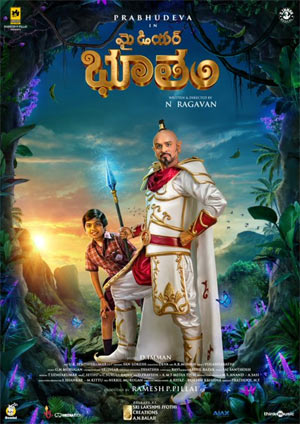 Prabhu Deva who handled different crafts in his decades long career and played wide variety of roles as an actor is presently starring in a film being directed by N Ragavan who delivered couple of hits in Tamil.

The makers besides revealing the title have also released first look of the movie. Titled My Dear Bootham, the first look poster shows Prabhudeva in the character of Genie.

It’s an out-and-out kids’ fantasy movie. The story revolves around the relationship between a kid and a genie and there will be a message too. Ramya Nambeesan plays the kid’s mother.