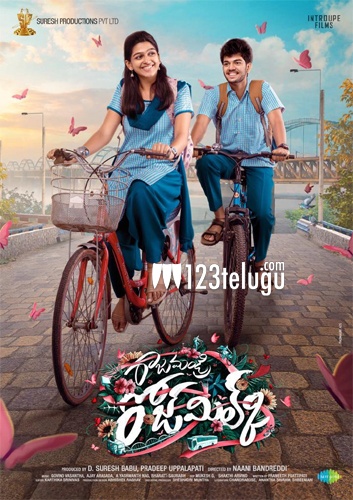 Suresh Productions and Introupe Films are doing a film called Rajahmundry Rose Milk. They have revealed the first look today and it looks interesting.

The story is set in Rajahmundry, showcasing the city and its culture through the journey of the characters in the film. It is directed by debutant Naani Bandreddi.

Jai Jasti and Ananthika Sanilkumar are making their debut as the lead cast. Vennela Kishore and Praveen are playing pivotal roles in the film. Music is composed by the brightest and new age musicians Govind Vasantha, Yashwanth Nag, Bharat-Saurabh, and Ajay Arasada.