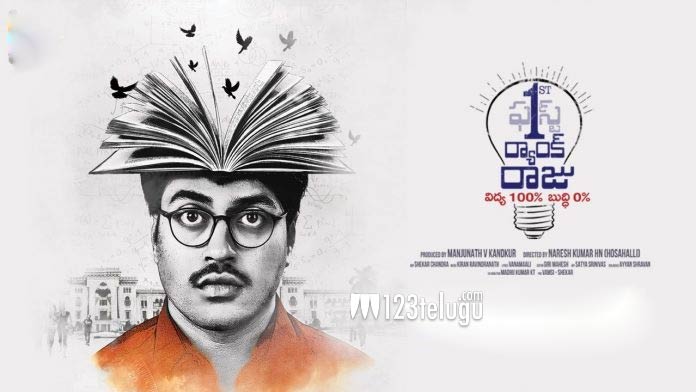 The coming June 21 will witness a clash of several promising small and medium budget movies. Movies such as Agent Sai Srinivasa Athreya, Mallesham and Arjun Suravaram are slated to release on the same day and their interesting trailers have been creating a lot of buzz. Even Arjun Reddy’s remake, Kabir Singh, is hitting theaters on June 21.

Now, yet another small film, First Rank Raju, has joined the June 21 box-office clash. The film’s fun-filled teaser was released earlier this summer. First Rank Raju is the Telugu remake of the 2015 Kannada hit of the same title. Chetan Maddineni plays Raju, the naive and nerdy protagonist who struggles with the society and his girlfriend.

First Rank Raju is directed by Naresh Kumar, who had also helmed the Kannada original. The film is produced under Dolphin Entertainment banner. Prakash Raj, Naresh, Brahmanandam and Vennela Kishore will be seen in crucial roles in the movie.