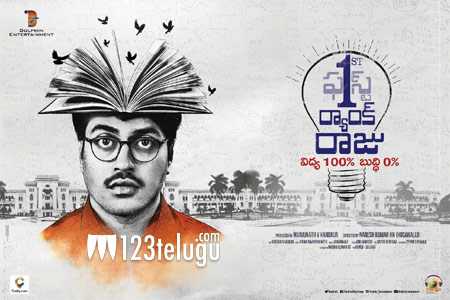 The teaser for First Rank Raju, the Telugu remake of the hit 2015 Kannada entertainer of the same title, has been released this evening. The teaser showcases a series of comedy of errors in the life of a meritorious student named Raju, played by young hero Chetan Maddineni.

First Rank Raju’s teaser offers quite a few laughs as the film’s naive and nerdy protagonist First Rank Raju copes with the society around him and his girlfriend. Naresh Kumar, the director of the Kannada original, has also directed the Telugu version. The film is produced under Dolphin Entertainment banner. Prakash Raj, Naresh, Brahmanandam and Vennela Kishore and others play key roles in the movie.