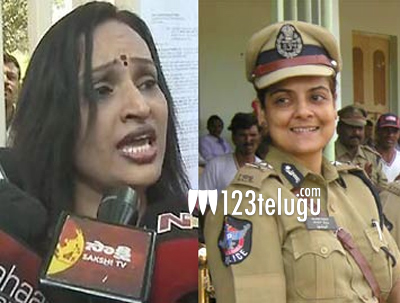 A veteran actress named Pujitha is at the center of a storm involving an IAS officer and a businessman. Pujitha is a small time Tollywood actress who did a few well known films in the 90’s. After that, she appeared in a number of popular TV Serials like Ruthu Ragaalu etc.

She has today approached the Commissioner of Police, asking for help with a case of desertion. Pujitha alleged that her husband Gopal married an IAS officer named Rekha Rani and left her. She produced several photographs in front of the commissioner. She also alleged that Rekha Rani and another IPS officer were threatening her to drop the case.

Rekha Rani served as the joint collector of Nellore and she is now heading the Sports Authority of Andhra Pradesh. Neither Gopal nor Rekha Rani denied the allegations leveled by Pujitha. Instead, they shot back stating that Gopal only had a live in relationship with Pujitha and never married her.

Gopal also agreed that he is the father of Pujitha’s son. The matter may now head to the courts for settlement.