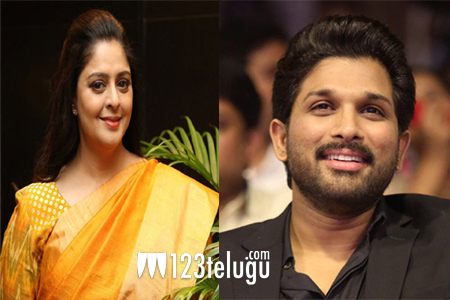 Nagama is all over the news these days as he has been busy giving interviews all over. From the past few days, there has been news that Nagma will be playing Allu Arjun’s mother in the film directed by Trivikram.

As of now, Nagma is busy promoting her party Congress all over the country.