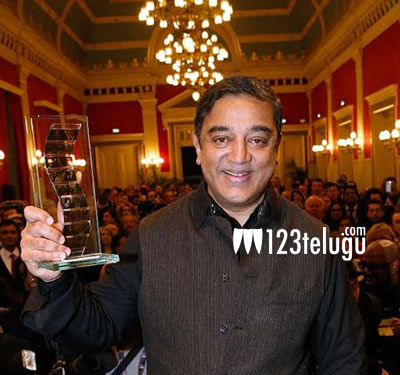 In a glorious career that spanned over more than 5 decades, legendary actor Kamal Haasan has achieved several international honours. Continuing the tradition, Kamal has been honoured with the prestigious Henri Langloise award by the French government in Paris, France.

Sharing his joy with his fans, Kamal tweeted, “Received the Henri Langloise award in Paris. Wish Ananthu sir my guru had been alive to hear this. Heard of Langloise only through him”. Kamal was given this award for his outstanding contribution to movie making.

Henri Langloise is a legendary film archivist and he is considered to be the father of film preservation.