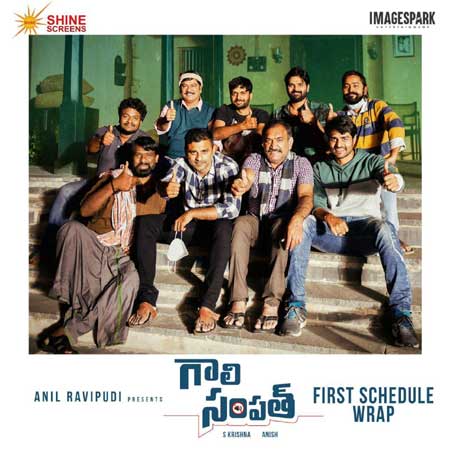 Just a few days back, Sree Vishnu’s latest film Gali Sampath was launched in Hyderabad and the shoot also started in Vizag a few days later. The latest update now is that the team has wrapped up the Vizag schedule in a quick manner.

The news is also that with this schedule, 80% of the film has been wrapped up. Directed by Anish, Gaali Sampath is bankrolled by S. Krishna under his newly launched ImageSpark Entertainment along with the Shine Screens banner. What’s more special is that S Krishna has also written the story for this film.

Anil Ravipudi presents this film which is a feel-good entertainer. The makers are also in plans to release the first look teaser very soon. Stay tuned for more updates.