Game of Thrones star was supposed to play Bhallaladeva
Published on Sep 11, 2017 8:58 am IST 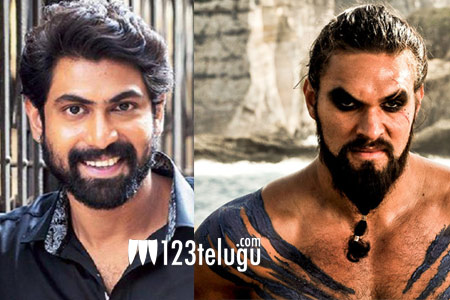 Rana Daggubati’s menacing act as the evil king Bhallaladeva in the 2-part Baahubali franchise has earned him nationwide acclaim. However, you may be surprised to know that Rana was not the initial choice for the role.

In a conversation with the students of the Dr. GRD College of Arts and Science in Coimbatore recently, Rana revealed that Baahubali makers had initially thought of casting the Game of Thrones star Jason Momoa as Bhallaladeva. Jason is popular among GoT lovers as Khal Drogo.

“It just sounded so nice that I was supposed to play the role Khal Drogo was to play. I told the film’s producer Shobhu Yarlaggada, ‘I ‘m Khal Drogo’s replacement. That’s a cool start. Let’s do it'”, Rana told the students.