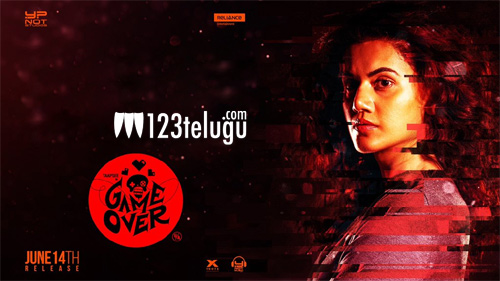 Taapsee is choosing some very interesting films off late and next in line is her new thriller Game Over. Right from the day the trailer was released, things have been quite good for this film.

The film is being shown to various celebs in Tollywood from the last few days and the reactions that have been coming in are very positive. The film is getting good appreciation for the technical standards and taut narration.

Directed by Ashwin Saravanan, this film is a thriller with right amount of horror and suspense factor. It will release in Hindi, Telugu and Tamil simultaneously.