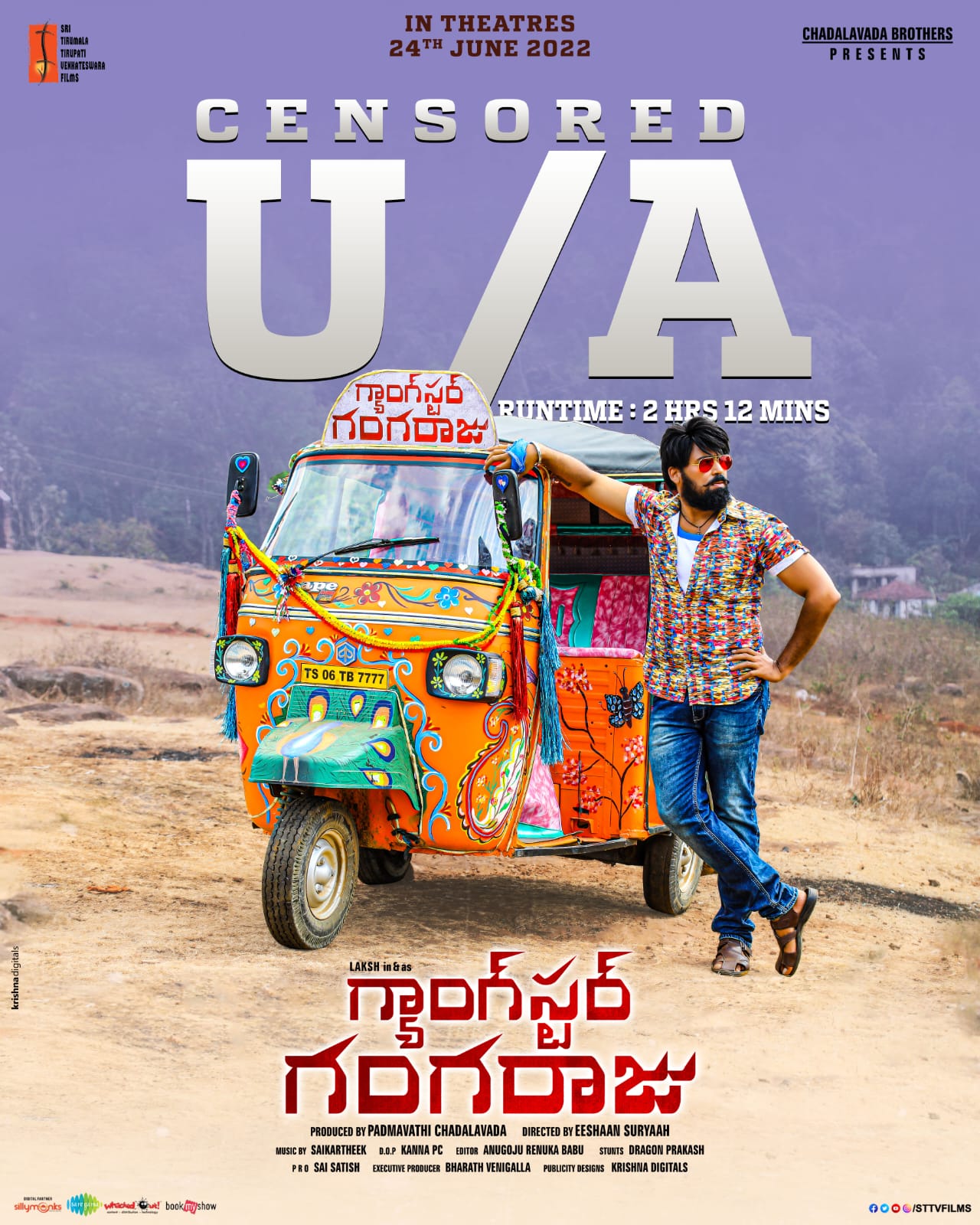 The film is produced prestigiously by ‘Sri Tirumala Tirupati Venkateswara Films’ and presented by ‘Chadalavada Brothers’.

As per the latest update,‘Gangster Gangaraju’ is done with its censor formalities and received U/A certificate with a crisp runtime of 2hrs 12mins. It’s now all clear for the film’s theatrical release on June 24th.

Vedika Dutt is the lead actress, wherein Charan Deep will be seen as the antagonist. While teaser and songs generated interest on the movie, the trailer takes the expectations to another level.