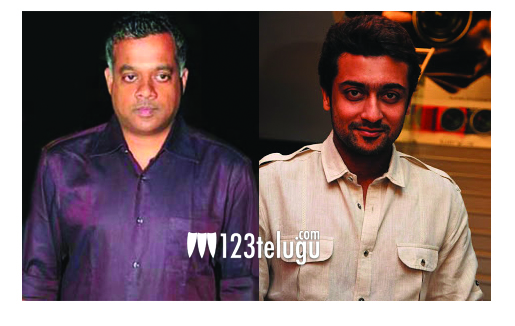 The past few months have been quite tough for director Gautham Menon. Initially, he had to fight back against producer Elred Kumar of RS Infotainment, when the latter sued him for not honouring the commitment to make a film under Elred’s banner and after that, there was a big question mark over whether Gautham Menon’s proposed project with Suriya is going to take off or not. Few weeks ago, Gautham Menon had announced that the project is still on and that it would begin from mid June in Chennai. However, the film’s shooting has not begun yet. Under these circumstances, rumours are abuzz that the film will either be postponed or shelved since Suriya has also given dates to Lingusamy for a film which will take off later this year.

Now, Gautham Menon has refuted all rumours about his film with Suriya and said, once again, that the project is on track. “And don’t write me off as yet guys..No speculation needed. Coming your way, from suriya and myself, a good tamil film. At least we think so,” Gautham Menon posted on Twitter. The film has been titled as Dhruva Natchathiram and it’s going to be dubbed in Telugu as well. Initially, there were rumours that Trisha might play the lead role opposite Suriya; however, the latest buzz is that Gautham Menon is still searching for a heroine. A R Rahman is scoring the music and Marc Koninckx is the cinematographer.